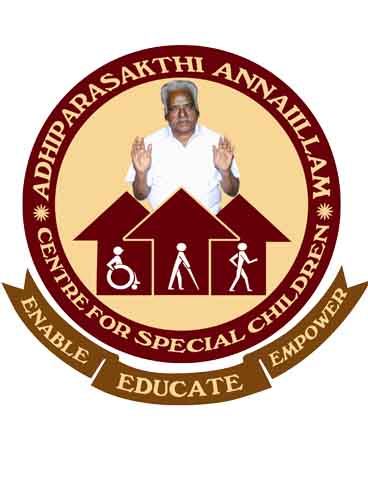 The Holy-shrine Suyambu Arulmigu Adhiparasakthi Siddhar Peedam is situated at Melmaruvathur (in TamilNadu) which is 92 km South of Chennai on the NH 45.This place has been considered holy since the last 2000 years.

His Holiness Arulthiru Bangaru Adigalar is the very incarnation of Goddess Adhiparasakthi, who has taken the human form at Melmaruvathur to uphold Dharma. The devotees reverently and affectionately address His Holiness Adigalar as ‘AMMA’ symbolizing the Universal Mother. He has been showing by practice that spirituality is a combination of devotion and duty and it gets manifested concretely in service to the downtrodden. He lives with family like any other common man and gives equal rights to women in the field of spirituality.

His Holiness takes the spiritual messages to the door-steps of common man. He has been dedicating himself towards the solidarity of human souls and elevating the human race.

Charitable Welfare activities should be performed for the benefit of the downtrodden and upliftment of the poor and the have-nots. To achieve this, His Holiness Arulthiru Adigalar ordained and founded “Adhiparasakthi Charitable, Medical, Educational and Cultural Trust (ACMEC Trust)”in 1978 and is the Founder President of the Trust.

The Adhiparasakthi Charitable Trust, as a whole in its broadest perspective dedicates itself to the welfare of the society at large by imparting Educational, Medical, Cultural and Social Services under the guidance and directives of His Holiness Arulthiru Adigalar.


Adhiparasakthi AnnaiIllam is one of the non-profit institutions run by the ACMEC trust, (Adhiparasakthi charitable, medical educational and cultural trust) whose founder president is Arulthiru Bangaru Adigalar. The trust has been rendering yeoman services in the field of spirituality, charitable activities & education since its inception in the year 1989.